Rostering Made Even Better

Who says rostering for a whole team let alone the entire company is an easy job?

There’s definitely a lot of things to factor in before you are able to finalize the whole structure of it. You have to cater for so many different shift types of employees mostly due to various business requirements and industry types.

There are full timers and part timers who may be on fixed shift, or even on an entirely flex shift which quite often still needs to undergo massive updates even after roster info has been sent to employees. There are statutory scheduling rules which need to be followed for labor laws compliance as well.

But fret not, you can bet that the Unit4’s newly enhanced v9 Time and Attendance Roster has got you covered for all your rostering needs.

In the Unit4 v9 Enterprise version, a new “Flexible Roster” function is built on top of our ever-reliable standard Roster which has been available in version 8 for a very long time now.

The Flexible Roster feature enables rostering to be more versatile for supervisors in such a way that they can assign roster timings in an ad hoc or customized manner which may not necessarily be tied to shift master.

Not forgetting the standard Roster which acts as the backbone, default shifts in standard Employee Work Calendar will still be assigned to employees to be able to cater for other parameters. Relevant parameters like lateness/undertime grace, overtime rate, breaks will still be based on standard Shift master while respecting the user-defined flexible roster timings from the new Flexible Roster. 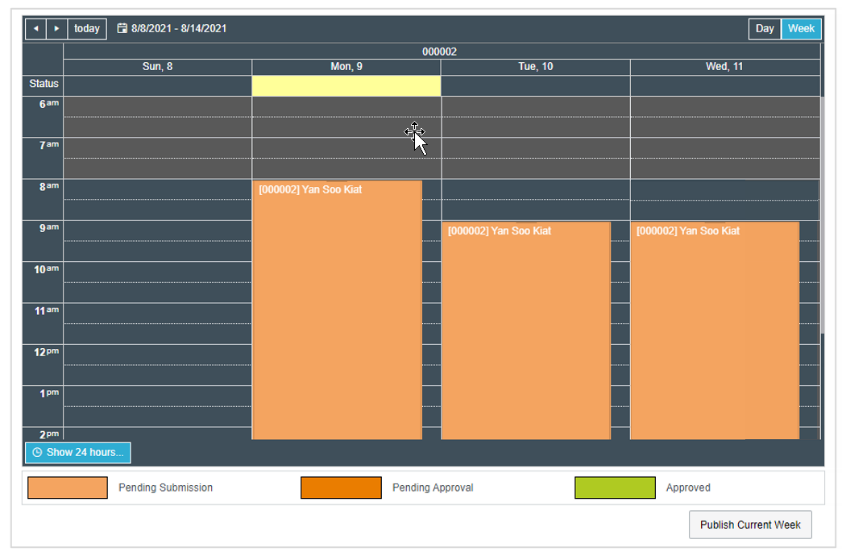 It gives you a similar user-friendly experience like when you’re using your MS Outlook calendar from clicking on the calendar to create a scheduled roster to setting it as recurring roster instance.

Rostering part timers can give you a headache, especially when you need to guess half the time on when they are available to come and work.

The new Employee Availability function addresses this by giving an option for employees to indicate their availability before rostering is done. When employees fill in the date and time they are available, supervisors are able to see this data on the roster scheduler and can create the roster more confidently knowing that their staff will show up on those dates they themselves have specified to be available.

There is also some integration done with eLeave module and employees’ applied leave days are also reflected in the Employee Availability calendar and the actual Roster calendar as well.

As with any other rostering apps, Flexible Roster allows you to roster multiple employees at the same time and perform publish functions to notify your employee that their schedule is ready. We have also aligned some flexible validations which coming from version 8 to help supervisors ensure that the roster he is creating complies with regulatory rules.

Like for example, system can check if the roster created violates any maximum consecutive roster days capping. For such violations, further actions can be made in place like setting up roster approvals. 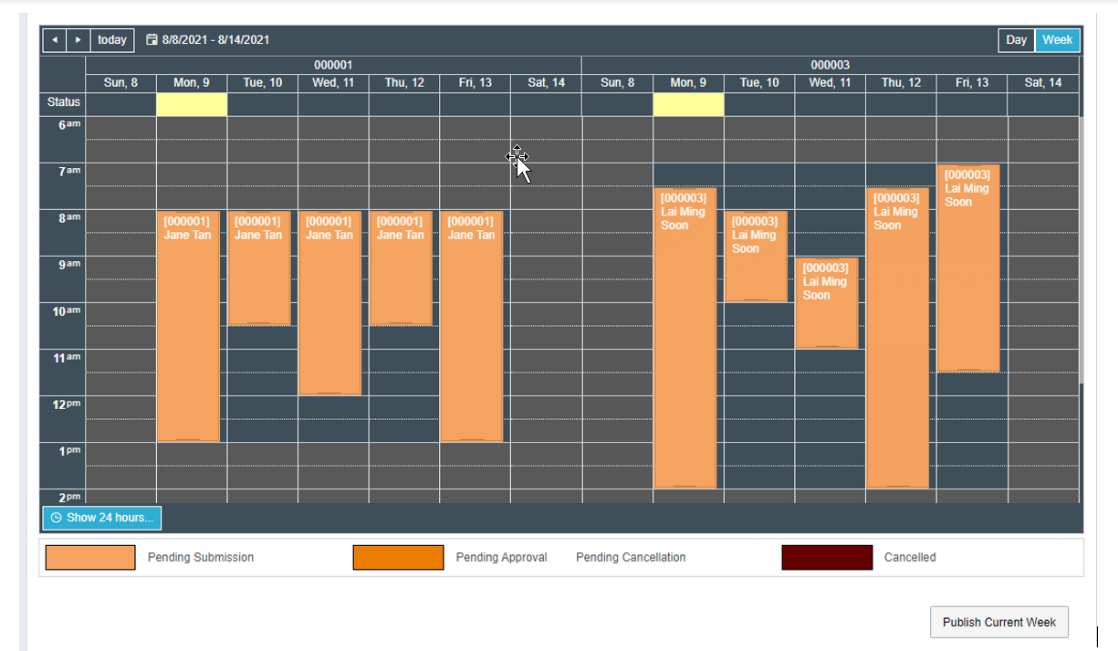 Speaking of approvals, this is also something new that sets the new v9 Attendance Roster apart from v8 roster.

In v9, Flexible Roster has the capability to have some Roster approvals in place.  Before roster can be published, administrators can set up some approval routing logic if their business process requires it.

Also, for cases like the example mentioned in the previous section above where violations on maximum consecutive roster days capping occur, a special approval process can be set up by administrators. Created roster in question can go through a different approval route, maybe to a much higher person-in-charge instead of the normal approvers before the roster gets totally published.

What about last-minute changes after sending out published rosters to your employees?

Supervisors won’t need to worry if they made a mistake in rostering, even after they have already published it. They can simply unpublish, update the roster and re-publish. Although again, if any approval setups are in place, the publishing/unpublishing would always have to go through that first.

One other thing by the way, is that not only Supervisors are given the chance to change things here. There is also a new Change Shift Request function wherein employees themselves can give feedback and request for shift changes after they have received their published rosters.

Isn’t that good news to employees? That is, of course if your business rules would allow to enable this optional function. 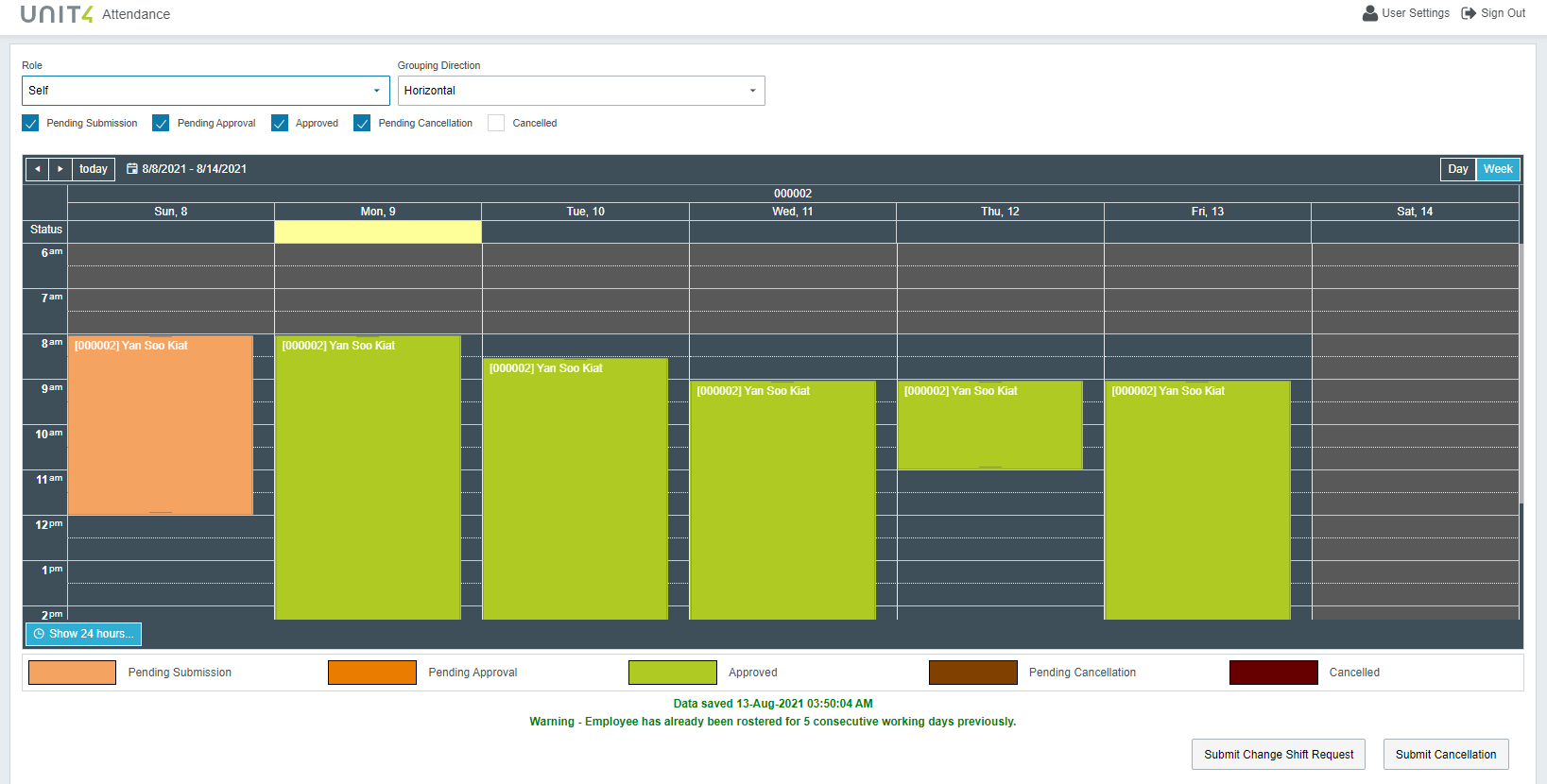 So how do I enable Flexible Roster?

Enabling the function is simple. It can be turned on thru a new system object which is located in Setup>System Object>Web>Attendance.

Further Flexible Roster settings and related screens will be available when this setting is turned on. Note though that this system object is only available when you have the Attendance v9 Enterprise Copyright.

That’s not all, we do have other cool enhancements planned for the next releases!
•    Global Update and Import function
•    Flexible breaks
•    Multi Shift
•    Shift Invite
•    Viewing Flex Roster data in Mobile Attendance

Do stay tuned for further announcements.

Having been in the company for about 10 years, Ann has initially started her Unit4 journey under the Product Quality Assurance team. Driven with passion to make things better and more customer-centric, she has furthered her career in the software industry and is currently Product Manager for Unit4 Prosoft HRMS and Web systems.

Now you can offer not just a better place to work, but a better way to work. With solutions that are self-driving, adaptative and intuitive.

Ready to Get Started?

Sign up for a personalized demo with Unit4, including: